About: CSW’s team of specialist advocates work on over 20 countries across Africa, Asia, Latin America and the Middle East, to ensure that the right to freedom of religion or belief is upheld and protected. Our vision is a world free from religious persecution, where everyone can practice a religion or belief of their choice.

About: ICC acts as a bridge between believers in free countries and believers in persecuted countries. This bridge carries encouragement, prayers, and aid in while news, requests, and love flow back over the bridge. The bridge also allows for the voices and concerns of the persecuted to be heard by the Church so that we might move the rest of the world to action on their behalf.

Office of Public Affairs for the Baha’is of the United States: 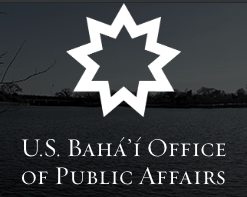 About: The Baha’i Faith holds that, in terms of spiritual qualities or virtues, human beings are created in the image of God; that there is but one human family; and that all people share the same universal human rights. The Baha’i Writings state that “an equal standard of human rights must be recognized and adopted. In the estimation of God all men are equal; there is no distinction or preferment for any soul in the dominion of His justice and equity.”

About: Open Doors USA is a community of Christians who come together to support persecuted believers in more than 60 countries … with more than 60 years of experience and a long track record of financial integrity. Our ministry was launched by a courageous Christian man from the Netherlands named Brother Andrew. Although the world has changed, Christians are still persecuted and, in some communities, continue to be forced underground. Like Brother Andrew, Open Doors team members still take on risks to resource these Christians living in hostile regions and to continually work against persecution wherever it exists.

About: The Jewish community has been the quintessential victims of religious persecution, and of all people, we understand the duress of this persecution and will devote ourselves to any measures designed to lessen its impact. It is our duty and obligation to prevent this persecution in the future.

About: The Religious Freedom & Business Foundation educates the global business community about how religious freedom is good for business, and engages the business community in joining forces with government and non-government organizations in promoting respect for freedom of religion or belief (FoRB). The Foundation accomplishes its work through research, the Empowerment+ initiative, corporate commitment to FoRB, global awards, world forums, and education on how freedom of religion or belief is in the strategic interests of businesses and societies. 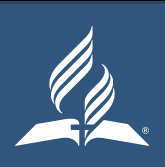 About: The Seventh-day Adventist church strongly believes in religious freedom for all people. A person’s conscience, not government, should dictate his or her choice to worship—or not. We have advocated for these goals for more than 100 years, through our department of Public Affairs and Religious Liberty (PARL), to governments and religious and international organizations.

About: 21Wilberforce is a Christian, human rights organization dedicated to defending the universal rights of religion, belief, and conscience for all people.  Our aim is to protect freedom of belief for all. Our goals are to protect religious communities, free imprisoned leaders, and reform harmful policies that restrict freedom of religion, belief and conscience. We have developed programs, training, and tools that individuals, faith communities, and NGOs can use to aid the persecuted and advance freedom worldwide.

About: USCIRF is an independent, bipartisan U.S. federal government commission, the first of its kind in the world, dedicated to defending the universal right to freedom of religion or belief abroad. USCIRF reviews the facts and circumstances of religious freedom violations and makes policy recommendations to the President, the Secretary of State, and Congress. USCIRF Commissioners are appointed by the President and the Congressional leadership of both political parties.

About: To promote human rights and democracy for the Uyghur people, and to raise awareness of human rights abuses that occur in East Turkestan, referred to by the Chinese authorities since 1955 as the Xinjiang Uyghur Autonomous Region (XUAR). In 2016, UHRP became an independent 501(c)(3) nonprofit, tax-exempt organization.