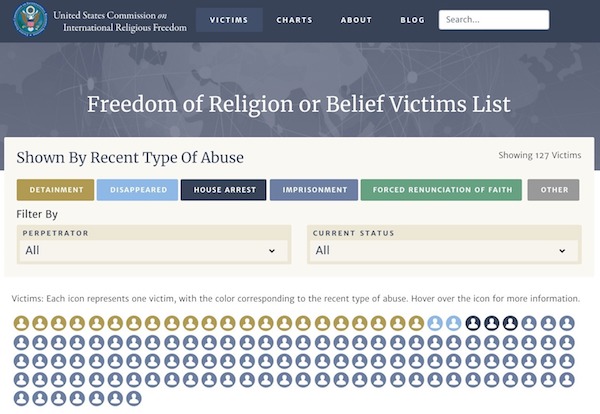 For more information and description of the methodology used to compile the List, visit the About USCIRF Victims List page.