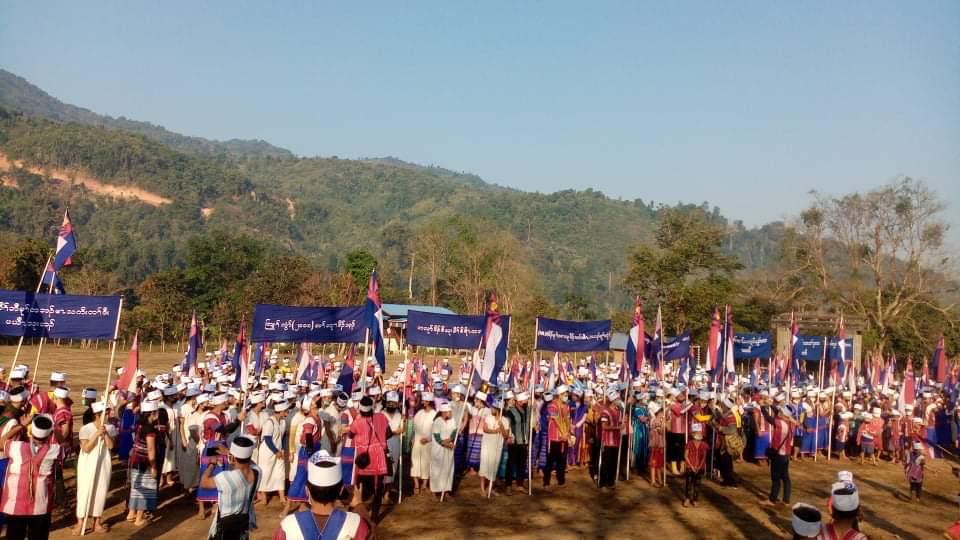 On February 1st of 2021, the military of Burma launched a coup to overthrow the country’s democratically elected government. People have taken to the streets across Burma, also known as Myanmar, to protest against the coup. The coup has further inflamed the ongoing violence perpetrated by the military for over 70 years against ethnic and religious minorities, with the military destroying whole villages and places of worship for Christians, Muslims, and other minority communities.

A bipartisan group in the U.S. Congress introduced the Burma Act of 2021 that will work to hold the Burmese military accountable for their atrocities and support the ethnic and religious communities suffering from the attacks and deprivation. The legislation takes concrete steps to support the civil society and humanitarian assistance efforts and stem the Burmese military’s income flow with targeted sanctions. Your member of Congress can take action to support freedom for the people of Myanmar by supporting and co-sponsoring this legislation.

Take a stand for the people of Burma by sending a letter to your member of Congress today. Take one minute to submit the form below to speak out! 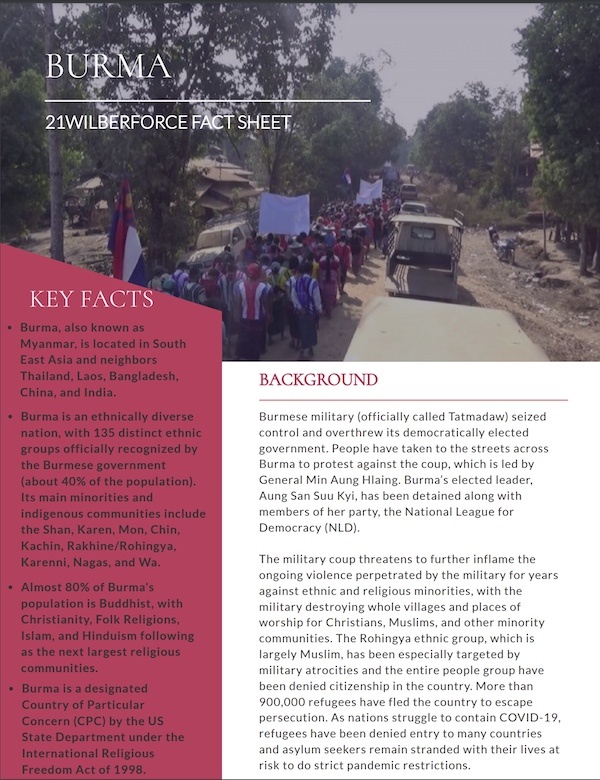 Click on the image above to read the 21Wilberforce Burma Fact Sheet.